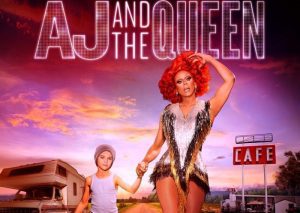 On Friday, January 10, Netflix premiered a new show co-created by drag queen RuPaul, titled AJ and the Queen. RuPaul is the host of the popular show RuPaul’s Drag Race. AJ and the Queen is about a 10-year-old child who accompanies Robert (RuPaul), a gay male drag performer who goes by “Ruby Red,” as he travels across the country performing in drag shows at mostly gay bars. What could go wrong?

The child, AJ (Izzy G.), is the daughter of a drug-addicted prostitute. She wants to be a boy “because people leave boys alone.” She hides her long hair under a boyish hat and does her best to look and act like a 10-year-old boy instead of a girl. The show is one long exposure of this child to sexualized adult situations in which she does not belong, all under the guise of the drag queen and the child “bonding” cross-country.

During the voice over in episode one, “New York City,” A.J. says, “Since I didn’t have a pushy mother, I was on my own.” (The idea of the domineering mother will repeat later in the show.) Femininity is reduced to butts, boobs, and hips, revolving around grown men’s desire to regularly mimic, mock and exaggerate female mannerisms.

In episode 2, “Pittsburgh,” AJ criticizes “this rainbow-covered shitshow” as they arrive at a gay bar in Pennsylvania. When the two go backstage, the club’s drag queens precede to engage in conversation. The scene ends with one of them calling little AJ a “top,” a term in homosexual male culture referring to the man who sexually penetrates the “bottom.”

No Price is Right for the Murder of Babies!