The Mother needs to be dressed in the same outfit, take to a male prison, tied to a post bent over, and let them at her for awhile! 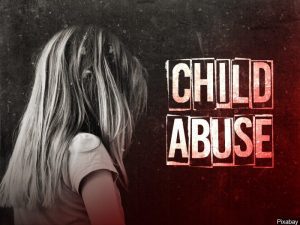 Niamh Harris | News Punch – A so called Mother who dressed her nine-year-old daughter in playboy costumes and restrained her while pedophiles raped her, has been jailed for ten years.

The child from the Gold Coast in Australia, was repeatedly woken up to find ‘strange’ men on top of her.

The abuse only came to light when the girl, now 15, wrote a note to her psychologist, saying that her mum used to ‘come in with friends and touch me improperly.’ The psychologist then reported it to the police.

But she refused to accept her verdict, screaming “it’s so wrong” and denied the rapes, claiming “this didn’t even happen”.

On Tuesday, Judge David Kent sentenced the 41-year-old mum – who can’t be named for legal reasons – to ten years in jail, reports the Mail Online.

Southport District Court had heard how the youngster was forced to endure horrific abuse at the hands of her mum’s “friends” every other day for a year, between May 2014 and May 2015.

The girl had repeatedly woken up to find paedos on top of her, while she was wearing bunny ears and a black lace Playboy costume.

The victim eventually exposed the sickening rapes via a handwritten note to her psychologist which explained: “[Mum used to] come in with friends and touch me improperly”.

The doctor then contacted police, who launched an investigation.

The nine-year-old told authorities her mother would “be naughty” with her when she was undressed and described wearing a “Playboy outfit”.

The girl also also described her mum giving her a drink that made her feel drowsy.

The court was told how the girl once woke with a strange man on top of her and her mum holding her hands to restrain her.

The victim also said her mother asked each of the men for money following the abuse. She was raped by a different paedo each time.

During sentencing the judge told the mum: “Your conduct was enabling or aiding others to commit sexual acts on the complainant.

“This is extremely serious offending and… I am not particularly convinced of prospects of rehabilitation.”

The victim has been on suicide watch at a Brisbane hospital during the court case.

No men have been charged with rape.