House Democrats have vowed to ban the terms “pedophile” and “pedophilia” because they are discriminatory against sexual preferences and gender identity. 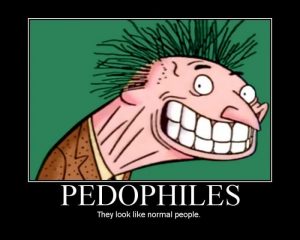 During the hearing before the House Oversight and Reform Committee, California Rep. Katie Porter declared that the phrase “groomer” is a “lie” used to maliciously discriminate against LGBTQ+ people and make them appear to be a “threat.”

Summit.news reports: The Democrat then complained, with the aid of Human Rights Campaign (HRC) president Kelley Robinson, that Twitter allows the “dangerous” terms to be used.

The same argument was made throughout the hearing by a parade of cartoon character activists:

The claims that the term ‘groomer’ is hateful were also platformed on CNN:

The same claim was amplified by trans activist Alejandra Caraballo, who earlier this week was exposed as a hypocrite at the hearing by GOP Rep. Nancy Mace for having her own history of tweeting violent rhetoric.

Elsewhere during the hearing, another witness opined that parents shouldn’t have any right to know if their children as young as 12 are being put through gender transitions:

When asked about the many cases of de-transitioners who have spoken out about feeling they were forced into sex changes as children, another activist claimed those people don’t even exist:

We have previously covered the disturbing movement on the left to tolerate pedophilia and categorise it as some sort of sexual identity along with the likes of ‘queer,’ ‘pansexual’ and ‘intersex’.

When Elon Musk recently announced that he wanted to implement improvements on Twitter to better protect children against predators, he was attacked and labelled a ‘far right’ extremist.

In the UK, this level of nonce sense has reached the point where the police are spending time defending convicted pedophiles against ‘hate’ and enforcing the ‘correct’ use of pronouns. In Ireland, a teacher who refused to use the pronouns ‘they/them’ a the behest of one student has been thrown in PRISON.

As we have repeatedly highlighted, parents of children as young as Kindergarten age in schools throughout the U.S. have found themselves in battles against officials over books and subject matter, including transgenderism, pedophilia, and open gay pornography.

The children’s books in question contain graphic depictions of oral sex between gay men, as well as a host of other material that is objectively unsuitable for children.

Parents nation-wide have found themselves under attack by leftists, government entities, law enforcement and even the military over recent months after taking on school officials.

Where the material has been removed, LGBTQ+ activists and the media have described it as ‘book banning‘.

Meanwhile, Joe Biden is heading up the gaslighting.

Earlier this week, GOP Senator Rand Paul raised the issue of doctors carrying out transgender surgeries on children, and the propaganda that has prompted a massive increase in young Americans feeling they do not have the ‘right’ body.

“Who is responsible for telling a four-year-old that we need to talk about their gender and whether they’re in the appropriate body?” Paul asked.

“Who’s talking about giving picture books to six-year-olds with illustrations of surgery to remove their genitalia?” the Senator continued.