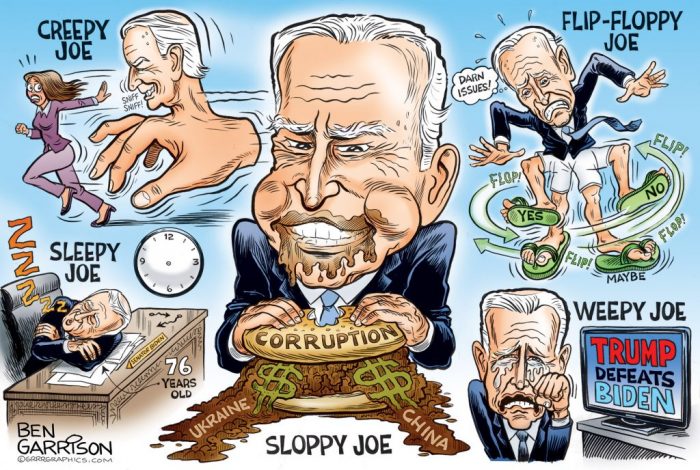 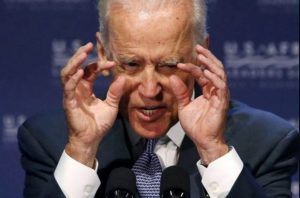 NewsPunch – A video clip of former vice president Joe Biden went viral over the weekend, for all the wrong reasons.

The resurfaced footage shows Biden rambling incoherently and sharing a bizarre story about his blond leg hair, roaches, and kids jumping on his lap.

Biden is heard talking about his time working as a lifeguard at the local swimming pool in a clip has left many people feeling uneasy.

The Blaze reports: “And by the way, you know I sit on the stand and it’d get hot. I got a lot of — I got hairy legs … that turn blonde in the sun,” Biden said struggling to find the right words. “And the kids used to come up and reach in the pool and rub my leg down so it was straight and then watch the hair come back up again.”

“I love kids jumping on my lap,” he concluded.

The clip is pulled from Biden’s infamous “Corn Pop” story, which started to make the rounds on the internet back in September of this year. The full story can be heard here, with the part about leg hair starting at the 6:49 mark. Video of the full speech was provided by WITN-TV, Wilmington City Council’s government access channel.

What has been the response?

Many who have viewed the video have unsurprisingly been grossed out, creeped out, or both.

Here is a brief collection of some of the best Twitter responses:

One responder poked fun how the clip would inevitably help his opponents, saying, “Biden probably violated FEC rules with this valuable of an in-kind donation to his opponents.”

This is the second time over the weekend that Biden has caused an embarrassing stir online. Biden was also mocked for taking a nibble on his wife’s finger during a campaign speech in Iowa on Saturday.

On Saturday, Biden launched an eight-day campaign run through Iowa called the “No Malarkey” tour. It got off to a peculiar start.

Exhibit A: the finger nibble.

.@JoeBiden's "No Malarkey!" Iowa bus tour starts in Council Bluffs with laughs: An excited @DrBiden gestures and almost hits Joe in the head…and then he bit her finger: pic.twitter.com/CIhHS9buJQ