Will Pedophiles, and especially NAMBLA, start up a Church of Pedophilia? They just may and it would not surprise me if that is already in the works. If the Satanists, who claim no religion but enjoy the benefits of religious discrimination laws can use it, then what not Pedophiles? LGBTQPXYZ already are a protected class of perverts. 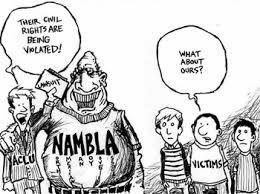 User Asks Netflix if They Support Pedophilia, Netflix Says They Respect “All Religions”

Reformation Charlotte –  Netflix, who notoriously does not respect all values, traditions, and cultures by repeatedly banning conservative and Christian content from its platform, was approached by a customer who asked the question, “How does a movie sexualizing children get approved?”

Unsurprisingly, Netflix responds in defense by citing their tolerance and diversity policy which, for whatever reason, leads them to believe that that excuses them from promoting and airing pedophilia propaganda on the platform. When asked if they “support pedophilia,” Netflix responds that they respect “all religions, and their cultures, traditions, and values.”

The question was in response to a program airing on Netflix called Cuties that promotes the Sexualization of a young girl who is in rebellion against her conservative parents. Currently, there is a petition on Change.org with over 100 thousand signatures calling for the program to be removed from Netflix.

NetFlix should be RE-Named PedoFlix!