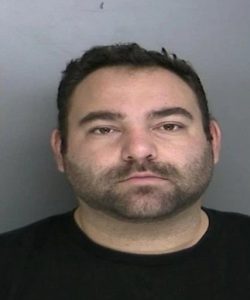 New Your Post – A Long Island man was both a pedophile and a foot-fetishist, using social media to coerce pornographic selfies and photos of feet from more than a dozen underage girls, Suffolk County officials said Friday.

Bradley Garyn, 27, of Melville, now faces up to 15 years in prison for the “sextortion” of girls ages 12 to 15, Newsday reported.

He’d up the ante for increasingly graphic photos, paying up to $500, Sini said. At least once, he coerced a young victim into sending him photos and video by threatening to share her previous images with others, Sini said.

His arrest was the result of a investigation the Suffolk County Police Department’s Computer Crimes Unit that began in Sept. 2020.

“This is a scheme that is unfortunately becoming more and more common, and that is adult males preying upon younger girls — including juveniles and children — to get them to send inappropriate photos and videos, including nude photos or videos involving sex acts, via social media,” Sini said.

“They often engage in what we call “sextortion,” which is essentially threatening victims into sending these photos and videos or else the perpetrator will widely distribute the explicit images that were previously sent.”