Infant Survives After Mother Allegedly Throws Her Down Ravine

Todd Huston | Breitbart News – A North Carolina infant miraculously survived when her mother threw her down a ravine and left her to die, according to police.

Initially, Asheville, North Carolina, resident Krista Madden reportedly told police she had been carjacked. When police found her in her car, she said the carjackers had taken her baby, Shaylie Madden.

Hours later, the infant was found alive lying at the bottom of a ravine adjacent to a road.

It was “by the grace of God” that the baby was found alive, said Henderson County Sheriff Lowell Griffin, according to Fox News.

The sheriff reported that a family found the infant in the ravine when they happened to hear the child’s plaintive cries.

A member of the family who found the child, Courtney Fowler, told Fox Carolina that she and her father discovered the missing child by chance when she saw a discarded car seat and then faintly heard the cries of a baby.

The baby had been thrown free of the car seat but had only sustained bumps and bruises despite being tossed 75 feet down into the ravine.

Sheriff Griffin added that authorities do not believe the mother’s tale that two masked men stole her car and kidnapped her baby. “We don’t have any reason to believe it is based on anything” factual, Griffin told the media.

Madden is being held on a $750,000 bond as police investigate the incident. Source: Breitbart News 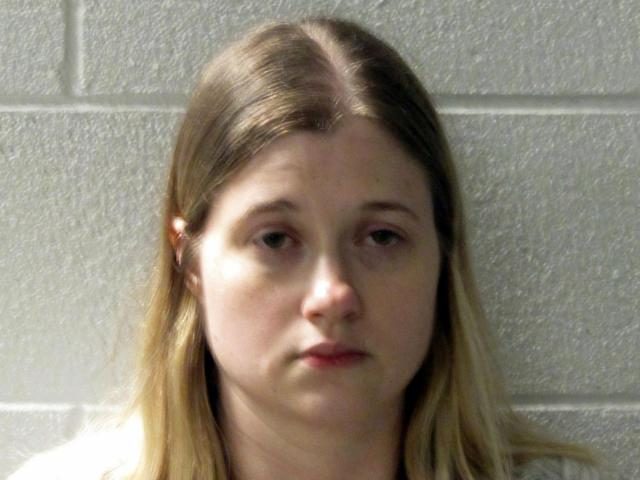