This woman is an immigrant from India and is most likely a Hindu. Hindu’s are Demon possessed and she was probably instructed by one to sacrifice the baby to one of the millions of gods they worship!!

Police say that Hiralbahen Bhavsar admitted to them that she killed her baby when they arrived on the scene. 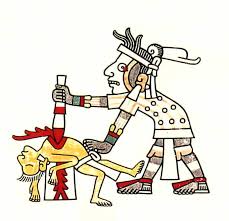 Police responded to a complaint from Bhavsar after her husband went berserk and allegedly tried to kill her in response to what she had done to their infant daughter.

Bhavsar attempted to commit suicide while being questioned by police, which law enforcement impeded her from doing successfully. She is being observed at the Bergen New Bridge Medical Center.

She pleaded not guilty to charges of first-degree murder.

Police were initially alerted to the incident after Bhavsar called the police complaining of chest pains before claiming that her husband was trying to kill her.

“She then stated that it was in fact her husband who was trying to kill her and that he was presently armed with a knife and in the living room of their apartment,” an affidavit written by law enforcement said.

According to the affidavit, police found her husband Jaymin Bhavsar in a rage and handcuffed him shortly after they arrived. Other family members were there and protested the police’s actions. That is when Hiralbahen Bhavsar owned up to what she had done to law enforcement.

Police wrote of the horrifying scene: “At this time, Hiralbahen exited a rear bedroom and began stating, ‘No, no not him. I did it. I killed my baby.’”

Mr. Bhavsar claimed that the baby started crying during dinner and that is when his wife snapped. She grabbed a knife, took the baby into a nearby bedroom, and committed the gruesome murder. He faces charges for his violent reaction to his wife’s behavior as well.

It is unknown whether she had a history of mental illness, her public defender Ilene McFarland said. The community is shocked by the news, which they say is not indicative of their quiet community of immigrants.  Source: Big League Politics