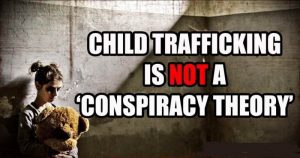 Justice Dept. – The creator and lead administrator of a highly sophisticated Tor-network-based website dedicated to the sexual abuse of children was sentenced Friday, along with three others, for their roles in this global child exploitation enterprise.

“The Giftbox Exchange proved a haven for sophisticated predators to produce and spread deplorable depictions of child sexual abuse,” said Assistant Attorney General Brian A. Benczkowski of the Justice Department’s Criminal Division. “These sentences affirm that layers of anonymity on the dark web will not prevent the Department of Justice from identifying and holding accountable those who exploit children.”

“The sentences imposed on these despicable individuals should insure that they never have another opportunity to abuse another child,” said U.S. Attorney Don Cochran for the Middle District of Tennessee. “With all that we have, we will continue to hunt down the evil and abominable like-minded individuals who delight in abusing children and will bring them to justice.”

In July 2015, Falte created a website called the “Giftbox Exchange” as a Tor hidden service, meaning it could only be accessed by users through the Tor anonymity network. Falte paid for the operation of the site using the cryptocurrency Bitcoin. He acted as the lead administrator of the site and established rules that required users to upload and share images and videos depicting pre-teen children being sexually abused before they could access the site.

The site was organized into different forums for posting different types of child pornography, categorized by age range of the minor victims — including a sub forum for “Babies & Toddlers.” At the time the site was shut down in November 2016, it had over 72,000 registered users and 56,000 posts. In addition to operating the site on the Tor network—which masks the internet protocol addresses of the users — Falte and his co-conspirators used other advanced technological means to thwart law enforcement efforts, including file encryption and cryptography.

Faulkner joined the Giftbox Exchange in September 2015 and also became an administrator of the site. In addition to his administration of Giftbox Exchange, he created and administered another Tor network-based hidden service website dedicated to child sexual exploitation, which grew to host over 200,000 users. Faulkner also created and administered a separate Tor hidden service reserved for producers of child pornography. Leslie, in addition to his membership on the Giftbox Exchange, himself ran yet another Tor network-based hidden service website, which explicitly allowed images and videos depicting graphic and violent sexual abuse of children. Bedusek, who has a prior federal conviction for receipt of child pornography and engaged in activity on Giftbox Exchange while on federal supervised release for that offense, was a VIP member of Giftbox Exchange which gave him access to a special area of the site, and a moderator on one of the hidden services created by Faulkner.

In addition to running an online network dedicated to child sexual exploitation, Falte and Faulkner were sentenced in September 2017 to life imprisonment by Judge John A. Gibney, Jr., of the Eastern District of Virginia, in connection with their sexual abuse of a toddler-aged minor to whom they gained access through an individual they met through the Giftbox Exchange. They traveled to abuse that minor on multiple occasions. Faulkner also separately traveled to Texas and sexually abused a toddler and produced child pornography of an infant. In March 2018, Leslie was sentenced to 60 years of imprisonment to be followed by a lifetime of supervised release by U.S. District Judge Brian J. Davis of the Middle District of Florida, in connection with his sexual abuse and production of child pornography involving multiple children, including an infant and a toddler.

This case was brought as part of Project Safe Childhood, a nationwide initiative to combat the growing epidemic of child sexual exploitation and abuse launched in May 2006 by the Department of Justice. Led by U.S. Attorneys’ Offices and CEOS, Project Safe Childhood marshals federal, state and local resources to better locate, apprehend and prosecute individuals who exploit children via the Internet, as well as to identify and rescue victims. For more information about Project Safe Childhood, please visit www.justice.gov/psc.