There also are—always have been—always will be—Pedophiles in the Catholic Church, —the Protestant Church —and in Child Protective Services (CPS) as well. See As the church goes so goes the country

Romans 1:22-33 “Professing themselves to be wise, they became fools, 23 And changed the glory of the uncorruptible God into an image made like to corruptible man, and to birds, and fourfooted beasts, and creeping things. 24 Wherefore God also gave them up to uncleanness through the lusts of their own hearts, to dishonour their own bodies between themselves: 25 Who changed the truth of God into a lie, and worshipped and served the creature more than the Creator, who is blessed for ever. Amen. 26 For this cause God gave them up unto vile affections: for even their women did change the natural use into that which is against nature: 27 And likewise also the men, leaving the natural use of the woman, burned in their lust one toward another; men with men working that which is unseemly, and receiving in themselves that recompence of their error which was meet. 28 And even as they did not like to retain God in their knowledge, God gave them over to a reprobate mind, to do those things which are not convenient; 29 Being filled with all unrighteousness, fornication, wickedness, covetousness, maliciousness; full of envy, murder, debate, deceit, malignity; whisperers, 30 Backbiters, haters of God, despiteful, proud, boasters, inventors of evil things, disobedient to parents, 31 Without understanding, covenantbreakers, without natural affection, implacable, unmerciful: 32 Who knowing the judgment of God, that they which commit such things are worthy of death, not only do the same, but have pleasure in them that do them.”

I don’t know what people thought would happen by allowing Homosexuals to be Scout leaders. According to the article below, they have known about the Pedophiles in leadership since the 1920’s!! They have always been there, closeted mind you, but since the perversion has been accepted as normal,  now they are out in the open and the molestation’s have increased. 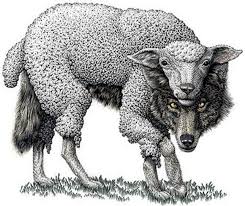 MSM.com – The Boy Scouts of America are continuing to cover-up a “pedophilia epidemic within their organization,” a group of lawyers alleged Tuesday in a new lawsuit.

The Abused in Scouting lawyers said they’ve identified 350 previously unknown scoutmasters and volunteers who allegedly preyed on boys — and whose names were not known to law enforcement or in the BSA’s internal database, which critics have called “perversion files.”

“You can’t look at these files and not come to the conclusion that this was a massive problem that was hidden,” attorney Tim Kosnoff said at a press conference.

“We know that when a pedophile abuses a victim, it’s not just one,” added attorney Stewart Eisenberg. “So each of the 350 abusers have dozens of other victims who have not come forward.”

The revelation that the lawyers had identified a small army who they claim are previously unknown scout sex abusers was contained in the lawsuit filed Monday in Philadelphia by a Pennsylvania man identified only as “J.D.” who claims he was assaulted “hundreds” of times over a span of four years in the 1970s.

“BSA knew for decades that sexual predators of boys had infiltrated scouting,” the complaint states.

In response to questions from NBC News, the BSA said it was reviewing the spread sheet the Abused in Scouting lawyers sent them and “continuing to manually search paper records at the local level to see if we can identify more information about the additional alleged perpetrators identified in the plaintiff’s attorneys list.”

“We immediately investigated the limited information provided and our efforts have already resulted in approximately 120 reports to the lead law enforcement agency in each state with an accusation of abuse,” the BSA said in emailed response. “We have also contacted local law enforcement for all the cases in which enough information was provided to identify the correct agency.”

In a quick review of the Abused in Scouting lawyers’ spread sheet, NBC News found that at least half-a-dozen former scout leaders had been previously unmasked as predators and were listed in the BSA’s so-called perversion files.

The BSA, which has been hit with a raft of lawsuits by former scouts who said they were victimized, has acknowledged that it has maintained “ineligible volunteer files” since the 1920s that contained the names of alleged predators.

But the organization insists the internal database is a tool designed to keep sexual abusers out of the scouting and has denied hiding that names of scout leaders who have been accused of molesting boys from law enforcement.

Abused in Scouting (AIS) consists of lawyers from three different law firms who have banded together to take on the BSA.

Speaking at the National Press Club, Eisenberg said the Antosh case is the first of many lawsuits against the BSA to come. He said their 800 or so clients range in age from 14 to 88.

Most of the victims are from Texas, where the BSA is based, and states like Florida and North Carolina.

“Many of the victims can still recall the smell of the man who crawled into their bag,” said attorney Andrew Van Arsdale. “These are powerful narratives.”

“Everybody else is identifying another abuser,” he said.

As for predator scoutmasters, “they’re all over the country” and from a variety of professions, Eisenberg said.

Asked if any of the alleged scout abusers are still involved in scouting, Kosnoff said: “We asked the BSA to help us identify these perpetrators. We’ve hit a stone wall with the Boy Scouts.” Read the whole article here

The Queering and Feminizing of Young Boys

Are the Boy Scouts about to fade into Oblivion?

Boy Scouts: Just another Lair for Pedophiles and Sexual Perverts