It is amazing that the Homo loving media is even reporting on these perverts. The warnings went out many years ago about perverts in the ranks, especially when they allowed known queers to be scout leaders.

Now they say this – ” Scouts officials emphasized enhanced youth protection measures now in place, including criminal background checks for Scout leaders and volunteers”. Background checks are for those who have a criminal record yet they will not ask the question of them, are you a Homosexual or pedophile. They need to look into their social life and in their home! 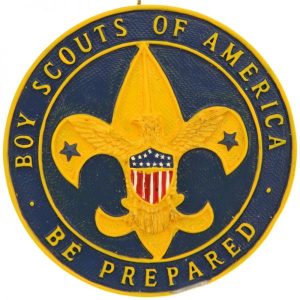 Kim Christensen | LA Times – For decades, the Boy Scouts of America has closely guarded a trove of secret documents that detail sexual abuse allegations against troop leaders and others.

The most complete public accounting of the abuse so far came in 2012 when the Los Angeles Times published a searchable database of 5,000 files and case summaries that are part of the Scouts’ blacklist known as the “perversion files.”

Seven years later, more details are emerging about the scope of sex abuse in the youth organization. A researcher hired by the Scouts to analyze records from 1944 to 2016 testified earlier this year that she had identified 7,819 suspected abusers and 12,254 victims.

But even those numbers grossly understate how many molesters infiltrated the Scouts’ ranks over the years, according to lawyers who have sued the organization on behalf of hundreds of abuse victims. Most predators were accused of abusing multiple boys, they noted, and many instances of abuse were never reported.

The Boy Scouts of America has grappled with years of costly litigation at the same time it has struggled with declining membership. The organization says it is considering bankruptcy protection, which would halt ongoing lawsuits while settlements are negotiated.

Seattle attorney Timothy Kosnoff, who has sued the Boy Scouts more than 100 times since 2007, said he and two law firms he had teamed with recently signed more than 350 new clients through a national TV ad campaign and a website, Abused in Scouting.

Kosnoff says the allegations span decades and 48 states, and are made by victims ranging in age from 14 to 97. Most of the accused — 234 — are men who are not named in the blacklist, which the organization has used to exclude suspected molesters.

“Consequently, the number of children who have been abused in Scouting is much larger than the BSA has ever disclosed,” Kosnoff said. “Abused children suffer these wounds for a lifetime. It is time the BSA is held to account fully for this atrocity.”

The magnitude of the Scouts’ abuse problem takes on new significance as New York and New Jersey extend their statutes of limitations on child sexual abuse lawsuits, opening the 109-year-old youth organization to a potential slew of new claims. Similar legislation is pending in California.

National Scouts officials will not say how many sexual abuse lawsuits have been filed against the group or how much has been paid out in settlements and judgments, and no reliable independent estimates exist.

In a statement to The Times, Scouts officials emphasized enhanced youth protection measures now in place, including criminal background checks for Scout leaders and volunteers, and said that 2018 produced only five known cases of sexual abuse among the ranks of 2.2 million Scouts.

“We care deeply about all victims of child abuse and sincerely apologize to anyone who was harmed during their time in Scouting,” the statement read. “We believe victims, we support them, and we pay for unlimited counseling by a provider of their choice and we encourage them to come forward. As soon as the BSA is notified of any allegation of abuse, it is immediately reported to law enforcement.”

The tally of more than 7,800 suspected abusers identified by the organization’s expert includes some who applied but were never allowed to join the ranks, the Boy Scouts said. The organization would not elaborate. Read more at the LA Times