Probably Not, as most use the One-Eyed Monster as a babysitter!

The Gay Mafia Are Going After Your Children On TV, With Toys And Even Foods

By Susan Duclos – All News PipeLine

Gay Mafia refers to a group of powerful homosexuals who exercise extraordinary influence in the entertainment industry.

Their influence can be seen in the number of LGBT related characters in an overabundance of television shows and movies, in far greater percentages than the national average of gays in the United States.

In a recent survey [2021] conducted among Americans, 6.4 percent of females and 4.9 percent of males identified themselves as part of the LGBT community.

The entertainment industry is not the only industry pushing alternative lifestyles on children as we have noted often in the past the growing number of schools in liberal states that are attempting to teach children that there are more than two genders, despite the fact that biology itself determines the sex of a child.

Schools and the school indoctrination of children aside, we see that multiple “children friendly” networks are not bringing that same type of indoctrination to children via the entertainment industry, and unlike what has been previously reported about a show here and there, it is becoming more the rule than the exception to shove homosexuality downs the throats of our nation’s children.

Note- I am on record as believing judgement is left to God on what people have done and said in their lives, so this isn’t a screed about homosexuality, but rather a dire warning to parents and grandparents to be aware of what children in their care are watching, and to not assume that because it is a “children’s cartoon” or network, they can trust what is being shown.

Research…. research, then research some more because the MSM, along with the “gay mafia” LGBT groups, won’t highlight these issues because they want children programmed into the LGBT lifestyle before parents understand what is happening. 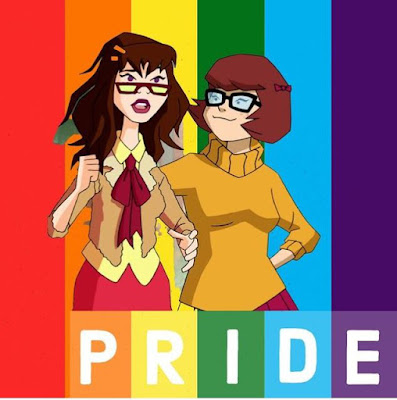 Recently Breitbart highlighted more than a dozen shows geared towards children that are “pushing the LGBT agenda” on children.

Each of the shows highlighted are geared specifically towards young children.

Please note, these are just the “children’s” shows Breitbart highlighted.

As of 2017, IMBD listed 43 different television shows, not specifically created for children” that have LGBT characters/actors as main stars or deals with LGBT traditions and lifestyles in multiple episodes.

Jump to 2021, and there are hundreds, past and present, showing the growth of the “gay mafia” throughout the years of lobbying the entertainment industry to over-represent the LGBT population percentage in television and movies.

Networks like Disney, Cartoon Network and Discovery Family, and the rest, are entitled to create whatever they want, but parents, grandparents and guardians of small children also are entitled to choose a different network that isn’t trying to indoctrinate or program children into the LBGT community or agenda.

It works both ways, but those parents and others have to know about it, have to be aware what stations and networks they previously trusted are not trying to teach their children.

The media certainly won’t show the level of LGBT indoctrination being pushed on children, so it is up to the Independent Media, and those that read alternative news sites, to spread the word far and wide, to list the shows attempting to program children, and ask those they informed to inform others.

When was the last time anyone saw a company, such as Kellogs, discussed below, create a limited edition cereal aimed at “straight” and heterosexual children?

Just imagine the outrage we would have heard about for the next 20 years over that.

We end where we began in the headline…. do you know what your children are watching on supposedly “child-friendly” networks?

If not, then chances are your children are already being indoctrinated by the LGBT community, the media and the entertainment industry.

As can be seen below, even children’s toys are not safe from the Gay Mafia.