Covered up for Pedophile Priests in the Catholic Church! 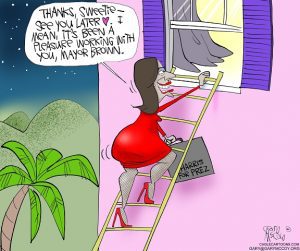 Sean Adl-Tabatabai | News Punch – Joe Biden’s running mate Kamala Harris has been accused of covering up a disturbing child sex abuse case while she was the district attorney of San Francisco.

Victims of clerical sex abuse claim that Senator Harris repeatedly refused to release church records on abusive priests in a lawsuit against the Catholic archdiocese of San Francisco.

Harris is also accused of taking money from lawyers representing the archdiocese for her previous political campaigns.

The “large contributions” to Harris’s campaigns were revealed by investigative reporter Peter Schweizer.

“Many of the law firms and lawyers who were representing the archdiocese on a variety of legal matters — including priests that had been identified as possible culprits — gave large contributions [to Harris’s political campaign],”Schweizer said during an interview with Sirius XM’s Alex Marlow.

“Some of them had never given contributions to a race like this before, but they loaded up her campaign coffers,” added Schweizer, who is also the president of the Government Accountability Institute.

Lifesitenews.com reports: Harris’ office claimed that her decision to withhold records was made to protect the identity of the victims. Victims and their attorneys say, however, that this is a bogus explanation. “What she was saying was utter nonsense,” said Bay Area attorney Michael Meadows to the Associated Press in June 2019. “All she had to do was redact any identifying information.”

“Harris “basically put [the records] under seal so that [they] could never be released publicly,” said Schweizer in his Breitbart interview.

Harris’ predecessor, former San Francisco DA Terence Hallinan, had previously planned to publicly release these files “against the wishes of the Archdiocese of San Francisco,” Kraychik reported. Hallinan believes that the records should be released under the California Public Records Act.

“My policy was and still would be that when I received any sort of materials like that they would become public records,” said Hallinan to San Francisco Weekly in 2005. “Those are materials that should be brought out to the public.”

Schweizer said in his interview with Marlow that as DA responsible for all prosecutions in the San Francisco area, “Between 2004 and 2011, [Harris] did not prosecute a single case of priests’ sexual abuse – period.”

“To put that in the context of how stunning that is, if you look at the top 50 metropolitan areas in the United States at that time, all 50 prosecuted at least one case, the sole exception being Kamala Harris in San Francisco.”

Rick Simons, attorney and court-appointed coordinator for clergy abuse cases filed in Nothern California, noted that Harris was also atypical within the California Bay area for her refusal to assist with sex abuse cases. “Of all the DAs in the Bay Area, she’s the only one who wouldn’t cooperate with us,” Simons said.

Joey Piscitelli is one of the survivors of abuse by priests within the San Francisco jurisdiction. He was molested multiple times by a priest while he attended Salesian High School.

“I just gave up on Catholicism. I gave up on God. I lost all sense of spirituality,” said Piscitelli in an exclusive interview with The Intercept, shared in June of 2019.

When Harris became San Francisco DA, Piscitelli said he wrote a letter to her asking for help or accessibility to the file of his abuser. “I didn’t get any response,” he said.

In 2010, when Harris was running for state attorney general and “highlighting her work for victims of sexual abuse,” Piscitelli wrote her a second letter “urging her to release records on accused clergy to help other alleged victims who were filing lawsuits.”

“We all know you can redact the names of the children from the documents,” he wrote. “Nobody is being fooled.”

“At about the same time, the San Francisco Weekly renewed a previous public records request for the church documents on sexual abuse.” Harris remained obstinate in her refusal to release them, continuing to claim that it was in order to protect the identities of the victims.

Schweizer noted in his Breitbart interview, “Many of the law firms and lawyers who were representing the archdiocese on a variety of legal matters — including priests that had been identified as possible culprits — gave large contributions [to Harris’s political campaign]. Some of them had never given contributions to a race like this before, but they loaded up her campaign coffers.”

Harris’ campaign has since made a statement to the Associated Press insisting that she is a “staunch advocate” of sex abuse victims. She has remained silent about protests that she has helped cover up sex abuse. 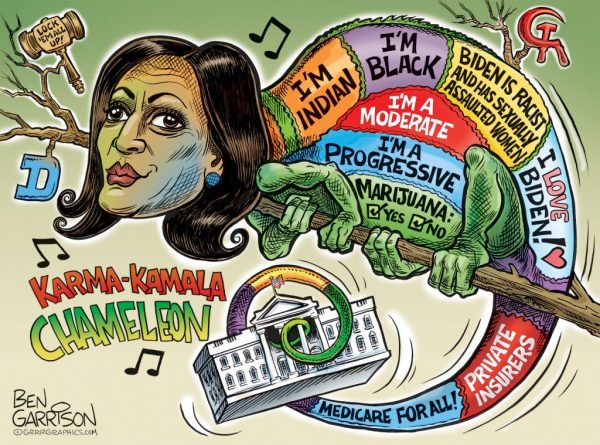