The school has boasted that young kids don’t need to seek parental permission for them to join the club.

Well ain’t that just progressive and trendy! The Satanists have more Morals than the Pedophiles! At least they send home a permission form to the parents for their children to join the Satan Club!!

Sean Adl-Tabatabai | News Punch – A woke Oregon school has secretly launched a new “queer club” that teaches 8-year-old children how to question their own gender.

The elementary school in Democrat-run Beaverton is now offering a “Queer & Sexuality Alliance” (QSA) club for fourth and fifth-grade students.

The school has boasted that young kids don’t need to seek parental permission for them to join the club.

Children at Raleigh Hills Elementary School were presented with a slideshow earlier this month unveiling the QSA club.

The school says the club will “have conversations about identity, gender, equal rights, and social issues” and “explore LGBTQ+ history and activism.” 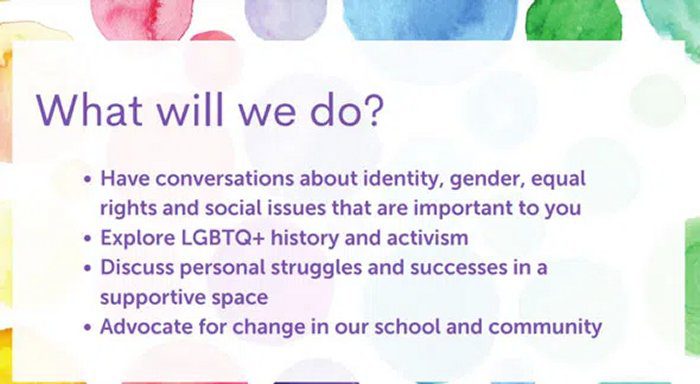 Dailywire.com reports: “This is not something that is age appropriate,” Bambi Russell, a mother of a fourth-grade girl who signed up for the club without her permission, told The Daily Wire. “I wanted the opportunity to opt out of that. I sent her to school so she can do school. At home, we can have talks about things like this. That’s not the place for that.”

After the presentation, Amanda Cook, a social worker, allegedly sent around a sign-up sheet to collect signatures. In one class, every student wrote their names down. But one boy, whose name The Daily Wire is withholding due to his age, declined to do so.

The boy told Cook he could not join the QSA club without his parents’ knowledge, according to his parents Arlene KoePal and Zachary Beacock. His parents say Cook told him that he didn’t need permission, and fifth-grade students who were presenting told him he would be “missing out” in front of the whole class. The boy stood his ground and, according to his parents, told them when he got home, “I ain’t signing no contract with the Devil.”

“I lost it,” Arlene told The Daily Wire, noting that she is a liberal and thinks the club is not student-initiated like Beaverton School District (BSD) claims. “I’m not homophobic. But this just isn’t right. This stuff needs to be taught at home. There is a bigger picture here. This isn’t just a bunch of kids wanting to get together and start a club. Why would the school target fourth and fifth graders?”

Concerned parents in the community, like Jeanette Schade, who runs the group Build Back Basics in Education and pulled her child out BSD, think the club is highly inappropriate and are disturbed by the lack of parental involvement in school decisions. Schade also thinks the politically-motivated club is something pushed by the district and the teachers union — not student-initiated.

“The secrecy, the lack of transparency, that is the main issue here,” said Schade.

District communications obtained by The Daily Wire show planning for the club as early as November 2021. In an email sent from the account of district outreach specialist Gretchen Mollers for the Office of Equity & Inclusion, a member of the district’s legal counsel team told Cook that “[p]arental permission is not required for participation in student groups in general.”

“So in summary, it looks like the permission part is needed for student transportation, not general participation,” Mollers also told Cook in December, emphasizing how the club meeting in Cook’s office during lunch and recess plays a role in not needing to inform parents about after school activities. Cook could not be reached for comment.

In a statement on January 21, BSD Superintendent Don Grotting backed the QSA club. He slammed concerned parents who “questioned” the club and its lack of transparency as using “charged and hurtful language,” offering that “[s]ome offered misinformation” in a board meeting.

Members of the Beaverton Education Association (BEA) teachers union are in support of the club. In posts from a private members Facebook group, educators applaud the QSA club. One member, Jessica Pierce, a union representative and administrator for a nearby high school, according to the union website, said “QSA is here to stay.”

“We have a moral and ethical responsibility to move beyond vague statements of tolerance and take direct actions that show we embrace ALL of who our children are, including their gender and sexuality identities,” wrote Pierce. “It is never too early [to] do this work. Never. The elementary level QSA offers ALL RHS 4th and 5th grade kids the voluntary opportunity to connect with each other from positions of dignity and respect.”

After a school board meeting in January featuring parents who spoke out against the QSA club, teachers union members applauded another parent who stood for the club.

“We need to storm the castle next board meeting,” wrote one member.

“That was beautiful,” said another member. “‘When queer kids thrive, all kids thrive!’ Amen to that.”

Zachary, the father of the boy who refused to sign up for the QSA club, told The Daily Wire: “To be pushing anything outside of education, I feel like this has become their religion. It really feels like perverts that want to pervert our kids. As young as they can.”

The Koepals are in the process of speaking to an attorney regarding the school incident, who the education advocacy group No Left Turn in Education referred. Beaverton School District did not respond to request for comment.