Jon Bowne | Infowars.com – As competitors to Netflix continue to appear over the horizon, Netflix made its market position clear in a company-wide letter. 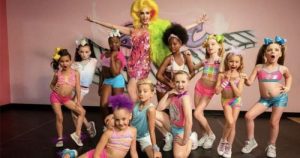 As CNBC reported, “It’s newer forms of entertainment — such as Fortnite and Google’s YouTube — that got shout-outs in the company’s letter as stronger competitors.”

But if there is a shred of morality and providence left in America, Netflix may not even be able to see the true threat to their success is themselves.

Netflix has already been scrutinized for allowing child pornography on their service.

Now, Netflix has entered what some would regard as infuriating uncharted territory with the Netflix Original series “Dancing Queen,” a series that focuses on a dance teacher from Texas who walks a fine line in promoting the normalization of young children and the drag queen lifestyle.

While the series doesn’t go as far as the lunacy of Michael Alig and the exploitation of Desmond the Amazing, “Dancing Queen” carefully introduces the relationship between Drag Queens and children to a larger audience.

And with the popularity of Desmond and the marketing for the show, Dancing Queen is either a horribly timed coincidence or is pushing the same subversive narrative found in other Netflix shows.

So with so many cut the cord offerings on the table, cutting off your Netflix subscription should be the first thing any red-blooded American with any sense of decency does posthaste.

It has never been easier to be a part of the problem if you continue to subscribe or the solution if you cancel today.