I can attest to this first hand with respect to my grand-children. My daughter says they are up all night and sleep most of the day!

Teens Stay Up All Night, Sleep All Day During Lockdown 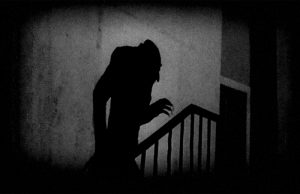 According to a recent report from the Wall Street Journal, teens across the United States are becoming almost nocturnal during the Wuhan coronavirus pandemic. Teenagers have adopted “vampire schedules” of staying up all night gaming and watching videos, then sleeping well into the day as they aren’t required to attend school in the morning.

According to a recent report from the Wall Street Journal titled “Locked-Down Teens Stay Up All Night, Sleep All Day,” teens across the United States are increasingly reversing their sleep cycled during the Wuhan coronavirus pandemic. While some schools are requiring students to attend live classes, many are instead assigning work for students to complete in their own time. As a result, many teens are choosing to stay up all night and sleep during the day.

Zach Zimmerman, a high-school senior in Mansfield, Texas, commented “I feel more relaxed, honestly,” explaining that he was in the habit of going to bed around 10:00 a.m. and waking in the late afternoon. Zach began taking online college classes that start at 1:00 p.m. recently, requiring him to be awake during the daytime. “When my college classes are over,” he said, “I’ll probably go back.”

Some parents welcome the daytime peace and quiet. They say it isn’t worth arguing over bedtimes when teens are stuck at home and have no compelling reason to rise early.

Gabrielle Powell, a 17-year-old in Escondido, Calif., spends her nights on Snapchat and video calls with friends. She plows through TV shows like “Tiger King: Murder, Mayhem and Madness” and “All American,” she said, and makes macaroni and cheese. Her post-dawn bedtime varies.

She recently broke her routine for the Advanced Placement calculus exam, at the ungodly late 11 a.m. Gabrielle stayed awake the rest of the day before going to sleep, but she soon returned to the night shift.

The father of another student named Cole Cancellieri commented: “It’s almost like being a crime scene investigator. I’ll find the wrappers from some snacks that he had, there will be dishes in the sink from what he ate. Sometimes he’ll leave the TV on to what he was watching….It’s like having a raccoon that came through my house in the night.”

Some parents are becoming so worried about the issue that they’re seeking professional advice about the issue. Laura Sterni, director of the Johns Hopkins Pediatric Sleep Center, commented on the phenomenon stating: “If it keeps going, it really gets hard to shift back to a normal schedule. We’re really telling people, our young patients, please try and stay on as normal a schedule as possible.”

Dr. Sterni explained why so many teens often switch their sleep schedules, stating that this is part of a natural transition from childhood. Teenagers’ internal clock tends to shift about two hours later than when they were children, however, they still require between eight and ten hours of sleep. As a result, many sleep scientists have campaigned for high schools to start later in the day.