Adrenochrome, Child Protective Services & The Business Of Trafficking, Killing & Selling The Blood Of Our Kids

After you read this article, go read the Series “It’s in the Blood” by this ministries editor Cynthia Pawl. I think you will find it interesting.

You may also want to read these:

Older Elites are getting Imbued with “Teen blood” Harvested from Youth

Blood Sucking Vampires the key to Long Life – Blood Transfusions from the Young may keep YOU Young! 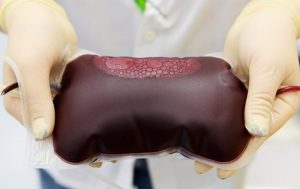 Tim Brown | Sons of Liberty – We’re not talking about the Red Cross here ladies and gentlemen and what follows is not for the faint of heart nor designed to frighten you, but to call you to action.  As a large number of children “disappear,” the questions into not only the issue of pedophilia arise, but also the murder and subsequent selling of murdered children’s blood also is in question.  Adrenochrome is at the center of it all and sadly children, especially Native American children, are the primary targets.

According to Wikipedia, “ Adrenochrome is a chemical compound with the molecular formula C9H9NO3 produced by the oxidation of adrenaline (epinephrine). The derivative carbazochrome is a hemostatic medication. Despite a similarity in chemical names, it is unrelated to chrome or chromium.”

“ Adrenochrome is unscheduled by the Controlled Substances Act in the United States, but if sold as a supplement, sales must conform to U.S. supplement laws. If sold for consumption as a food or drug, sales are regulated by the FDA.”

However, where does it come from?

It comes from blood.

As we have seen before, the corrupt organizations working inside the united States are not only for the murder of unborn children but also want to harvest their organs and sell them off for profit.  The same is true concerning blood, but not necessarily the blood of the unborn, but fully alive children who are murdered.

In a 2016 report, my friend Jim White of Northwest Liberty News has been exposing the ongoing corruption of Child Protective Services in Montana and across the country.  Take a look at what Jim has uncovered in this video.

The child trafficking isn’t just for sex.  It’s also used to stimulate adrenaline in the bloodstream to heightened conditions, and then the child’s throat is slit, the blood collected and then the adrenaline separated for a cocktail that some believe will add youth to their lives.

Again, we are already witnessing the blood of the young being sold as going mainstream.

a company called Ambrosia has opened clinics in five major U.S. cities where you can actually have “youthful blood” injected directly into your veins.  But it isn’t cheap.  According to Jesse Karmazin, the founder of Ambrosia, having one liter of young blood injected into you will cost $8,000 and getting two liters of young blood will set you back $12,000…

The company is now up and running, Karmazin told Business Insider on Wednesday. Ambrosia recently revamped its website with a list of clinic locations and is now accepting payments for the procedure via PayPal. Two options are listed: 1 liter of young blood for $8,000, or 2 liters for $12,000.

In the fall, Karmazin — who is not a licensed medical practitioner — told Business Insider he planned to open the first Ambrosia clinic in New York City by the end of the year. That didn’t happen. Instead, he said, the sites where customers can get the procedure include Los Angeles; San Francisco; Tampa, Florida; Omaha, Nebraska; and Houston, Texas.

OK, so what does this have to do with children, you might ask?  One source points to what is actually going on and what Jim White has attested to is taking place not only in Montana, where this is a high population of Native Americans with RH agglutinogen in their blood, but also a traffic route in which many Native Americans are being kidnapped and never seen again.

According to ExposingPedoVore, in answering the question, “How is the Adrenochrome harvested?”

Adrenochrome is generally known to be harvested from the Pineal Glands of penguins in places such as Antarctica (the South Pole, an order of such is described in this WikiLeaks cable); however, this obviously does not meet the global luciferian elite’s needs for getting intoxicated and drunk on their conquests. Therefore, tying into pedogate (which was recently rolled up and uncovered by the United States DOJ), the luciferian elite instead kidnap children, rape, and torture them in order to concentrate the adrenaline/epinephrine in their glands, then harvest the adrenochrome from the glands while the subject is living (the Adrenochrome does not last long in a post mortem) they sacrifice the child after the drug is extracted. Alternately, the subject may be kept alive for repeated extractions; (they keep the children captive as a prisoner, hidden somewhere, for a “long term traumatization treatment”, where they maintain the child alive, but they traumatize, torture, rape, and extract the blood of the child with blood transfusions multiple times, until the child finally dies from the abuse and blood loss or they decide to kill the child in one of their many (monthly) satanic child sacrifice rituals.

The site goes on to write:

In this case, a needle is plunged into the eye to extract the Adrenochrome from the brain stem without cutting into the skull. This was satirized in the first episode “Whom the Gods would Destroy”, of Series 1 of the British TV series Lewis (2008). Of course it all seems like a joke, but we know how the luciferian elite love to rub the truth in our faces in plain daylight (what are “Google Adreno” and “Google Chrome”?).

Furthermore, if you recall the John Podesta emails that were released in 2016, you will be familiar with some of this.

The adrenochrome is harvested from traumatized, raped and sacrificed children.  But why?

The luciferian religion is based on paganism and similar to the satanism and it’s extremly evil, dark and deranged, the luciferians believe that it is nessecary to achieve the full power of magic within their satanic rituals.

This then ties back to many of the Bohemian Grove rituals that are common knowledge now thanks to the work of Infowars founder Alex Jones.

However, it isn’t just those kidnapping kids.  According to White, when the kidnappers can’t get their victims on the routes, they work through Child Protective Services.

This should be at the forefront of our concern as more than 18.000 children were lost by CPS and no one has looked for them.

It should also be noted that some legislators are on to this criminal activity too and have called for CPS to be held accountable.

Activists have also called for and are fighting human trafficking that leads to this sort of end to our children, including the Great-Granddaughter of President Dwight D. Eisenhower, Laura Eisenhower.

Article posted with permission from Sons of Liberty Media