It is interesting that new outlets and some law enforcement will NOT give you the details They give a generality such as the above “Amusement Park”!! NO, it was the Pedophile laden Disney World!

The head of Disney is a Homosexual and they have gone Queer in a lot of their Children’s programing!

When I saw the headline my first reaction was anger. When I saw this picture of the man, a sick feeling came over me and I prayed he would be delivered from the Demons that possess him.

He probably grew up watching Disney shows that are laden with Witchcraft and Innuendo of Sexual Perversion! 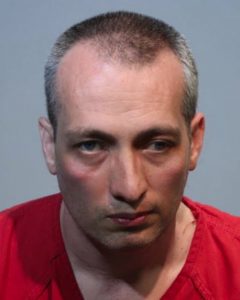 Ocala, Florida – United States Attorney Maria Chapa Lopez announces the arrest and filing of a criminal complaint charging Frederick M. Pohl, Jr. (40, Clermont) with transferring obscene materials to a minor and attempting to entice a minor. If convicted, Pohl faces a maximum penalty of life in federal prison. He has been detained since his arrest on May 21, 2019.

According to the complaint, Pohl engaged in a series of online chat communications to arrange a sexual encounter with an 8-year-old girl. Pohl believed he was chatting with the child and her father, but he was actually communicating with an undercover federal agent. Pohl sent explicit photos of himself and arranged to meet with the child at an Orlando hotel. When Pohl arrived at the hotel, he was arrested. Pohl was found to be in possession of condoms and a child-sized pink dress.

A criminal complaint is merely an allegation that a defendant has committed one or more violations of federal criminal law, and every defendant is presumed innocent unless, and until, proven guilty.