Police have arrested a former political candidate, who openly advocated pedophilia, for kidnapping a young girl in California. 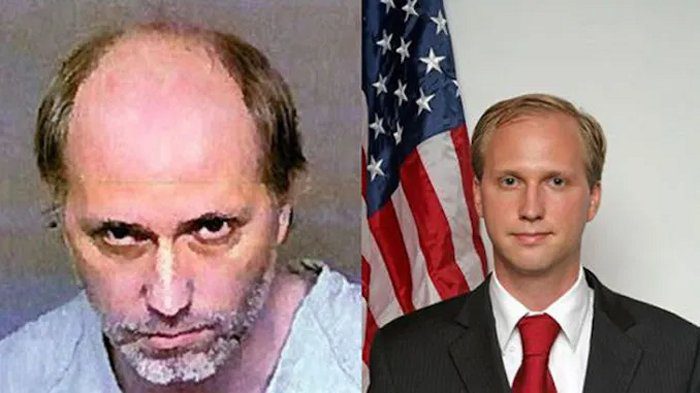 Niamh Harris | News Punch – 40-year-old Nathan Daniel Larson was arrested by Denver police at Denver International Airport while waiting for a transfer flight to Virginia with the 12-year-old girl.

The Fresno County Sheriff’s Office said in a statement:

“Larson is currently in the Denver County Jail facing a misdemeanor charge of harboring a minor.”

“However, he is also facing felony charges in Fresno County for kidnapping, child abduction, soliciting child pornography from a minor, and meeting a child for the intention of sex.”

The girl was reported missing on Monday.

Officials discovered during their investigation that the girl may have been coerced into running away with an older man she met online.

“The information pointed to the girl possibly heading to Fresno Yosemite International Airport to catch a cross-country flight to Virginia to be with this man.

“Detectives received assistance from members of Fresno Airport Police and Homeland Security Investigations who revealed a man, later identified to be Nathan Larson, was seen with a young girl, and the two boarded a plane bound for Washington DC.“

“This flight was scheduled to have a layover in Denver, so detectives contacted law enforcement authorities there and asked that they check the airport for Larson and the child.“

“A Denver Police officer assigned to the local FBI Task Force located Larson and arrested him.“

“Agents rescued the girl, who was uninjured, and made arrangements to have her reunited with her family in Fresno, which she was later on Monday night.”

Fauquier reports: “One of the amazing aspects of this case is that from the time we got the first call to the time the girl was reunited with her family was only 12 hours,” said Lt. Brandon Pursell of the Fresno County Sheriff’s Office in a phone call Saturday. “It was one of those things, we were so fortunate that things fell into place so quickly. The timing on everything was so amazing. The folks in the airports in Fresno and in Denver were very helpful.”

Once Larson was in custody, detectives learned more about the how the abduction took place, the press release said. Larson flew to Fresno from Virginia and then traveled to the girl’s home. He persuaded her to sneak out of her house around 2 a.m. He used a ride share company to pick her up and together they rode to the Fresno airport. Larson made the girl wear a wig with long hair to alter her appearance. He also told her to act as though she was disabled and unable to speak, to ensure she would not converse with anyone at the airport while making their way onto the airplane, police said.

On Dec. 17, Fauquier County detectives, agents with Homeland Security Investigations and the Northern Virginia/District of Columbia Internet Crimes Against Children Task Force seized multiple computers, along with 17 hard drives with more than 10 terabytes of capacity while executing a search warrant at Larson’s home on Prospect Avenue in Catlett. The details were revealed in the search warrant affidavit, submitted by Detective C. Shaw of the Fauquier sheriff’s office.

Lewis said that while law enforcement officers were at the house, Larson’s father, 69-year-old Arthur Larson, allegedly assaulted an HSI agent. Larson’s father was arrested for assault and battery and was later released from jail after posting a recognizance bond.

The press release from Fresno said that detectives uncovered Nathan Larson’s “deeply disturbing background.” The release described Larson as “a white supremacist and a well-known advocate for pedophilia. Larson runs a website that encourages the raping of children and the sharing of naked photos and video of children being raped,” the release said.

During the past two months, said the release, Larson was able to convince the Fresno girl to send him pornographic images of herself.

Because of the sophisticated way Larson groomed the girl from for abduction and abuse, detectives believe he has victimized other children as well. However, law enforcement does not have any reports of such abuse, said the press release.

Pursell described Larson as a “master manipulator.” He explained, “pedophiles and predators find ways to manipulate their victims … He had the girl believing things that weren’t true. It’s all part of the grooming process … As a 12-year-old girl, our victim had no way to conceptualize what was happening – or what could have happened — to her.’

“Larson is exactly the kind of person we warn parents about,” he added.

Pursell said, “We truly are looking for other victims. I believe this is not the end of this.”

Fauquier County Sheriff Robert P. Mosier praised the Fresno Police Department for their quick action and said, “This is an example of ongoing collaborative efforts involving local and federal law enforcement, combined with the hard work of local investigative efforts on both the West and East Coast. This arrest in Denver, Colorado, and follow-up investigation in Catlett, Virginia, signifies that if you attempt to steal the innocence of a child, we as law enforcement are committed to prevention efforts and to hold would-be and actual perpetrators accountable.”

Mosier said he wanted to especially note the investigative excellence and commitment of Fauquier Detective Shaw.