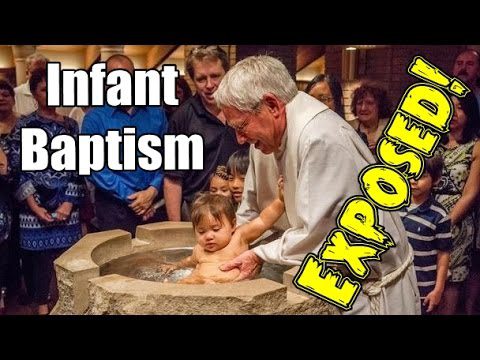 A six-week-old child has died after suffering a heart attack during a baptism ceremony in an Orthodox Church in Romania, according to reports.

The incident happened in the city of Suceava at the “Church” of St. Constantin and Elena, where according to Orthodox ordinances, the baby was completely submerged three times for the ceremony.

Emerging unresponsive, he was rushed to the hospital where he was resuscitated and put on a ventilator, then succumbed to his injuries.

According to the child’s father, during the autopsy doctors found 110 mm of liquid in the baby’s lungs.

He told local paper Monitorul de Suceava that he was outraged at the priest’s behavior, particularly because his child was born premature and was “fragile” (Note: We’re using Google Translate for the translation).

The boy was crying, but the priest immersed him three times in water and he inhaled water…

The baby had blood on his nose. I put him face down to get the water out. He didn’t recover.

The priest who performed the baptism, Alexandru Mazarache, was ordained in 2007 and was experienced in the task, having overseeing baptisms for nearly 15 years, according to his Archbishop Doru Budeanu.

Despite the outcry and a petition to cease the practice, he said that the method of baptism will not change, but that “more attention will probably be needed to keep the nose and mouth above the water.”

The baptism was filmed and Police say the priest may be charged with manslaughter. Copied from here

Infant Baptism – Is it Biblical?

There is much confusion about baptism in the various Christian denominations. However, this is not a result of the Bible presenting a confusing message on baptism. The Bible is abundantly clear of what baptism is, who it is for, and what it accomplishes. In the Bible, only believers who had placed their faith in Christ were baptized – as a public testimony of their faith and identification with Him (Acts 2:38 – Romans 6:3-4). Water baptism by immersion is a step of obedience after faith in Christ. It is a proclamation of faith in Christ, a statement of submission to Him, and an identification with His death, burial, and resurrection.

Baptism does not save a person. It does not matter if you were baptized by immersion, pouring, or sprinkling – if you have not first trusted in Christ for salvation, baptism (no matter the method) is meaningless and useless. Water baptism by immersion is a step of obedience to be done after salvation as a public profession of faith in Christ and identification with Him. Infant baptism does not fit the Biblical definition of baptism or the Biblical method of baptism. If Christian parents wish to dedicate their child to Christ, then a baby dedication service is entirely appropriate. However, even if infants are dedicated to the Lord, when they grow up they will still have to make a personal decision to believe in Jesus Christ in order to be saved. Source: Got Questions