Why does the media always cover for their friends in Hollywood?

Disney has cornered the market on all things catering to America’s youth.

Christian I have a question for you. Are you still watching, promoting, and taking your kids to this Satanic Hell Hole? It’s one of the BIGGEST promoters of Witchcraft and Satanism and you are allowing Satan’s Disciples to fill the minds of your children with this UN-Godly crap! WHY? Are you just stupid, or were you mind controlled by them as a child too?

Garbage IN…, Garbage OUT!! 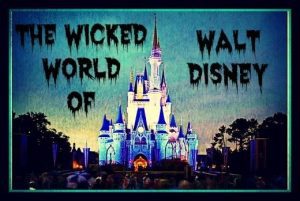 Jon Bowne – Disney has cornered the market on all things catering to America’s youth. Among the Disney Industrial Entertainment Complex, are untouchable filth like Guardians Of The Galaxy Director James Gunn who nearly derailed his movie franchise with a barrage of pedophilic tweets.

The suit alleges that from the age of 12 years old Ricky was groomed, sexually abused and raped on a weekly basis, and that Joby Harte passed him around as a “sexual plaything” to other powerful pedophiles throughout the business.