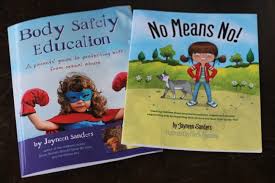 American Mirror  – Self-professed “sexuality educator, speaker and author” Deanne Carson is on the front lines of combating the so-called “rape culture,” working to replace it with a “culture of consent” beginning at birth.

Carson appeared with florescent pink hair on ABC (Australian Broadcasting Corporation) in Melbourne, Australia this week to discuss consent laws and advocate for parents to broach the subject with their children well before they’re able to understand the concept.

“How young is some of the children you talk to?” the host questioned.

“We work from children from three years old, and we work with parents from birth,” Carson said.

“From birth?!” the host questioned.

“Yeah, yup,” Carson said. “Just about how to set up a culture of consent in their homes.”

Carson, who describes herself on Twitter as “a leading Australian sexuality educator, researcher, speaker, author and ultimate keeper of a straight face when dispelling children’s misconceptions about bodies and baby making,” contends it’s important for parents to ask consent to remove their baby’s diaper, or nappy as they’re called down under.

“’I’m going to change your nappy now, is that okay?’ Of course the baby is not going to respond ‘yes mum, that’s awesome. I’d love to have my nappy changed,’” she said.

“But if you leave space, and wait for body language and wait to make eye contact, then you’re letting that child know that their response matters,” Carson said.