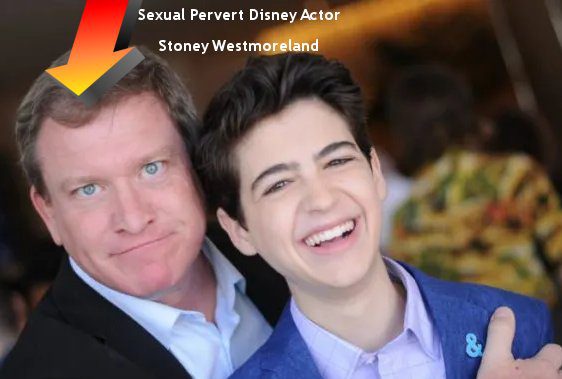 Baxter Dmitry | News Punch – A Disney actor who was arrested for attempting to meet a 13-year-old boy for sex, was warned by a federal judge that he needs an “attitude adjustment” or she might send him to jail.

Westmoreland was fired from his role as the grandfather on Andi Mack after he was arrested last December for allegedly trying to meet a 13-year-old boy for sex.

Court documents state that the “boy” was actually an undercover police officer involved in an online sting. Westmoreland had allegedly been in contact with the boy through the gay dating app Grindr. Westmoreland had sent nude photos to the boy and admitted to being fully aware of the boy’s age.

Newsweek report: Westmoreland is charged with six felony counts, including enticing a minor, attempted exploitation of a minor and dealing in material harmful to a minor by an adult. Currently, Westmoreland is under house arrest in Los Angeles. He participated in the hearing via phone.

“I am serious about making sure that you abide by the order of this court,” Judge Romero said.

“Because if I have to come back, you’re not going to like what I do.” She informed Westmoreland that she would revoke his home detention and bring him back to Utah, where he was arrested, if he continues not being upfront with his probation officer.

“I’m going to give you the benefit of the doubt, but I can jump to revocation if I need to,” Romero said.

Westmoreland’s public defender, Adam Bridge also stated that home detention has created difficulties for his client. Westmoreland cannot use a computer, and therefore cannot easily look for work. Conditions of his house arrest also state that he cannot be around any person under the age of 18. He also cannot have any sexually explicit materials in his home.