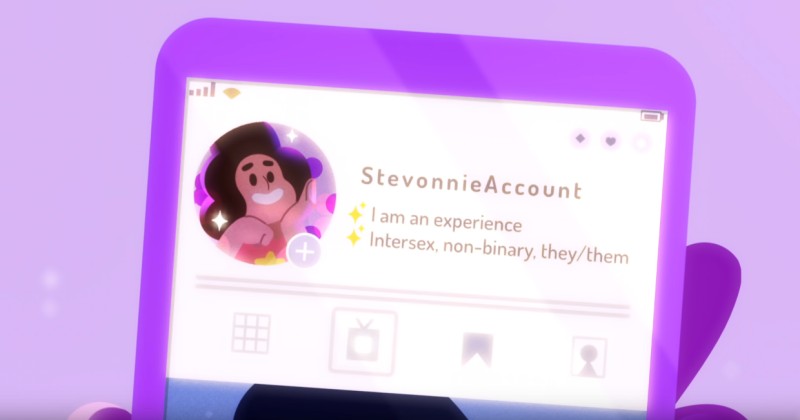 A clip from the Steven Universe show made in partnership with the Dove Self-Esteem Project was uploaded to Twitter in which one of the characters says, “Let’s talk about social media, this is my page.”

As the character is scrolling through the social media timeline, the words “Intersex rights are human rights!” and “Intersex Awareness Day October 28th” are displayed.

Steven Universe, which was also made into a movie last year, was created by animator Rebecca Sugar, a self-described “bisexual non-binary woman,” an identity which, according to her Wikipedia page, “has encouraged her to stress the importance of LGBT representation in art, especially in children’s entertainment.”

As we previously highlighted, bombarding children of increasingly younger ages with information about sexuality and gender fluidity has become a goal of progressivism.

The World Health Organization’s ‘Standards for Sexuality Education in Europe: A framework for policymakers, educational and health authorities and specialists’, advises children be taught about sexually pleasuring themselves and transgenderism before they’ve even fully learned to talk.

Drag Queen Story Time, during which drag queens read to and sometimes perform sexually suggestive routines to toddlers, has also been celebrated by the media, as have ‘drag kids’ like Desmond is Amazing.