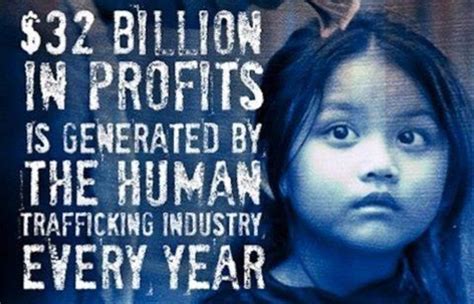 Via The Washington Standard – According to DataUSA the median income in Orange County California is $86,217.

And upon doing a little research, a lot of that money is being spent fulfilling the needs of dirty old men, and women, who partake in sins of the flesh with children.

California’s wealthiest areas are an absolute hotbed for human trafficking.

Here’s more from The Epoch Times:

Orange County, Calif., which boasts a median household income of $86,000, is often viewed as a relatively safe, wealthy, and conservative region. Most people do not do not equate the area with human trafficking. However, researchers reveal the county to be a destination spot for traffickers.

The official Orange County Human Trafficking Task Force (OCHTTF), set up to fight real time sex and labor slavery in the county, released their latest victim report in 2019. Approximately 80 percent of both victims and traffickers in Orange County travel to the area from other parts of the region, the state, and the entire nation.

“This is due in part to Orange County’s tourist attractions, sports venues, beach cities and affluent population,” states the report (pdf). “Traffickers bring their victims expecting to have an abundance of customers and higher profits.”

Daily Titan claims that the majority of human trafficking victims in the entire nation end up in Orange County:

The Orange County Human Trafficking Task Force in collaboration with police departments in cities countywide have made significant progress in the battle against human trafficking in the county since its formation in 2004, according to the a 2019 report from the task force.

The task force worked with 60 participating organizations to help increase education and training, further anti-trafficking efforts and tend to the complex needs of victims.

Human trafficking, coined by the United Nations as “modern slavery,” is defined as the act of trafficking by means of threat, use of force, deception or coercion for the purpose of exploitation.

In July 2018, countywide sex-purchaser sting operations were conducted by the task force and collaborating police agencies to address the county’s human trafficking problem. Around 80% of human trafficking victims and traffickers from across the country come to Orange County, according to their report.

This is just another reason to get the hell out of California.

Even The LA Times admits the problem is out of control.

We have reasons to be proud.

Orange County is ranked among the healthiest counties in the country and is home to some of the wealthiest large cities in America.

However, the grandest irony of all is that we have a reason to worry that is staring us in the face — not that our stable economy will fail or that the natural beauty of our sandy beaches will disappear, but that our youth will become victims of sex trafficking.

Given the recent reports in our own backyard, we need to become knowledgeable about the issue and change the way we think about sex trafficking. This problem resulted in a domestic and global large-scale trafficking system that was set up in Irvine.

The 2017 and 2018 victim demographic report from the Orange County Human Trafficking Task Force reveals 365 sex trafficking cases within our county. These women are minors and minorities, many ridden with poverty that keeps them entrapped with limited opportunities to leave and receive support.

The LA Times acts like they all chose this lifestyle.

Sometimes it is chosen for them.

Remember the story from earlier this year about the human trafficking arrests in California?

Much of that happened in Orange County.

The lowlifes in Orange County, CA are driving an entire industry in this country.

It might not be a bad thing if Iran, South Korea or China decide to drop a care package on this hellhole.

Where’s Putin when you really need him?

Think hard about it America.

80% of the victims of human trafficking in the entire country end up in one California county.