Gee I wonder if any of the Catholic Pedophiles in the Vatican were hauled in?

Italian Pedo Cult Tried to Recruit Members of the Elite

Paul Watson | Summit.news – A “powerful” pedophile cult busted by police in Italy set up a sophisticated legal front to hide its activities and tried to recruit wealthy members of the elite.

The sect was exposed after a 2 year police investigation dubbed ‘Operation Dionysus’ during which authorities uncovered a “very powerful” cabal that subjected young women and minors to sexual abuse and torture.

Like many sex trafficking networks, the organization appeared to be into occult sex magic rituals that promised inductees entry into a “magical, fantastic and secret world” and the lighting of an “inner fire,” while making them dependent on a 77-year-old leader known as ‘the Doctor’. “The brainwashed members worked at the sect’s legal establishments, and were required to ‘donate’ large sums of money to the organization,” reports RT, citing police sources. “To make the whole scheme more profitable, the cult tried to recruit new members from wealthy families.”

The cult’s primary members referred to themselves as “beasts,” while naming their victims “prey” as they subjected them to “extreme” and “painful” forms of torture.

“The sect has had a large legal front, including several shops, a psychology center and even a publishing house, which allowed it to operate freely for years and to ensnare unsuspecting victims,” according to the report.

Authorities said that the investigation took so long because it was incredibly difficult to penetrate the network as its members showed devout loyalty despite having suffered “persistent psychological damage.”

The cult has been active since the 80’s and 26 people are currently under investigation for being complicit in its activities, although that number is expected to grow.

As we have previously highlighted, numerous investigations of pedophile sex trafficking rings in several European countries have mysteriously been stymied after names of powerful elitists were alleged to have been connected.  Source: Summit.news

Here are some interesting facts about the false god Dionysus of which the operation was named. 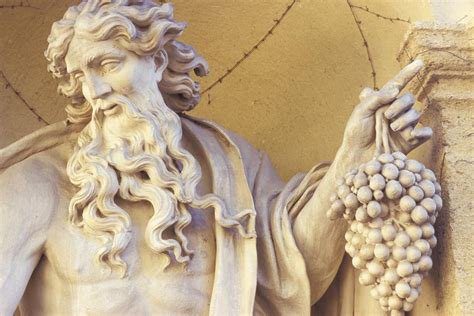 Dionysus or Dionysos is the god of the grape-harvest, winemaking and wine, of fertility, orchards and fruit, vegetation, insanity, ritual madness, religious ecstasy, festivity and theater in ancient Greek religion and myth.

He is also known as Bacchus (/ˈbækəs/ or /ˈbɑːkəs/; Greek: Βάκχος, Bákkhos), the name adopted by the Romans; the frenzy he induces is bakkheia. Another name used by the Romans is Liber meaning “free”, due to his association with wine and the Bacchanalia and other rites, and the freedom associated with it. His thyrsus, sometimes wound with ivy and dripping with honey, is both a beneficent wand and a weapon used to destroy those who oppose his cult and the freedoms he represents. As Eleutherios (“the liberator”), his wine, music and ecstatic dance free his followers from self-conscious fear and care, and subvert the oppressive restraints of the powerful. Those who partake of his mysteries are believed to become possessed and empowered by the god himself.

In his religion, identical with or closely related to Orphism, Dionysus was believed to have been born from the union of Zeus and Persephone, and to have himself represented a chthonic or underworld aspect of Zeus. Many believed that he had been born twice, having been killed and reborn as the son of Zeus and the mortal Semele. In the Eleusinian Mysteries he was identified with Iacchus, the son (or, alternately, husband) of Demeter.

His origins are uncertain, and his cults took many forms; some are described by ancient sources as Thracian, others as Greek. Though most accounts say he was born in Thrace, traveled abroad, and arrived in Greece as a foreigner, evidence from the Mycenaean period of Greek history show that he is one of Greece’s oldest attested gods. His attribute of “foreignness” as an arriving outsider-god may be inherent and essential to his cults, as he is a god of epiphany, sometimes called “the god that comes”.

Wine played an important role in Greek culture, and the cult of Dionysus was the main religious focus surrounding its consumption. Wine, as well as the vines and grapes that produce it, were seen as not only a gift of the god, but a symbolic incarnation of him on earth. However, rather than being a god of drunkenness, as he was often stereotyped in the post-Classical era, the religion of Dionysus centered on the correct consumption of wine, which could ease suffering and bring joy, as well as inspire divine madness distinct from drunkenness. Performance art and drama were also central to his religion, and its festivals were the initial driving force behind the development of theatre. The cult of Dionysus is also a “cult of the souls”; his maenads feed the dead through blood-offerings, and he acts as a divine communicant between the living and the dead. He is sometimes categorised as a dying-and-rising god.

Dionysus is shown to be an Agriculture and Vegetation deity. His connection to wine, grape-harvest, orchards, and vegetation displays his role as a nature god. As the god of Viticulture and Grapes, he is connected to the growth and harvest of the fruit.In myth, he teaches the art of growing and cultivating the plant. Source: Wikipedia