14-Year-Old Rape Victim Sought Help from Police: Detective assigned ties her up and Rapes Her

Only in the movies or fiction right? Nope, this is real life people and the ones who you expect to help in times of need are just as crooked, perverted and Vial!! There is a Devil loose!! 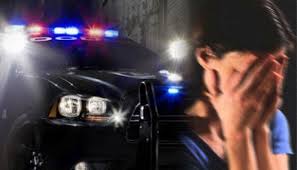 A 14-year-old rape victim sought the help of the Los Angeles County Sheriff’s Office, but it was the detective assigned to her that further victimized her by tying her up and raping her.

According to reports, Kimball met with the victim’s family in late 2017 and attempted to befriend the victim.

However, later he would not only tie her up and rape her, but he would intimidate a witness and her family, including issuing threats against them.

According to KTLA News 5:

The former detective was initially charged with forcible rape against a minor 14 years or older while the victim was tied or bound.

However, this man who swore to uphold the law was allowed to plead guilty to a much lesser charge of a lewd act with a child and unlawful sexual intercourse.

Because of that deal, he faces only a maximum of three years in jail, but many suspect he will serve even less time than that.

In 2017, while serving as a detective with the Special Victims Bureau with the Los Angeles County Sheriff’s Department for sex crimes in 2017, Kimball met with a 15-year-old victim when she reported being a victim of sexual assault. While investigating that case, Kimball befriended the victim and sexually assaulted her.

Kimball is scheduled to be sentenced on August 8, 2019 in Ventura County Superior Court.

More than likely, given the nature of Kimball’s crime, this is not the first time nor the first victim he has done this towards.

The proper and just punishment for Kimball’s crime would be a public execution, not a jail cell where the people of California and probably those in the US are paying to upkeep this criminal rapist with food, clothing and housing, only to be released onto the streets to engage in another crime against another person.

It’s far past the time that the American people go back to our foundations of state laws that were based on the Bible and rid our society of criminals such as Neil David Kimball.

Without doing so, his victim and the victims of the past and possibly those in the future when he is released, as well as all those forced to pay taxes to keep him up are receiving a huge injustice.

Article posted with permission from Sons Of Liberty Media